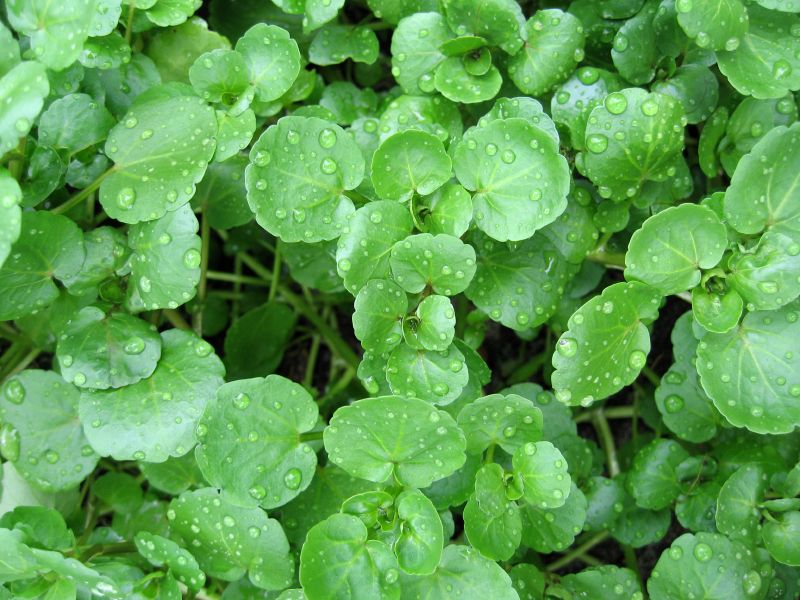 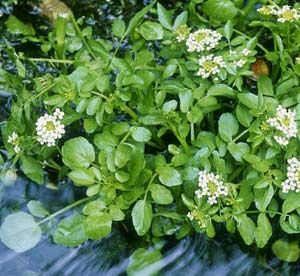 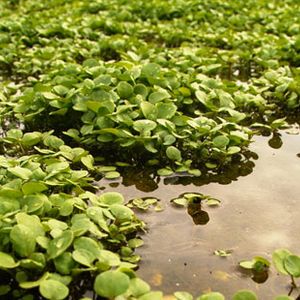 Low growing and trailing, the perennial European watercress is a member of the mustard family which is no surprise when you consider its delicious peppery taste. In its native habitat, watercress easily naturalises in springs, streams and even boggy ground, a habit that makes it a particularly undemanding plant to grow in the garden.

This highly nutritious aquatic herb is a native of Europe, North Africa, and Asia, and has been cultivated as a salad plant since Roman times, but is now grown throughout the world in temperate zones.

Harvest once the plants have become well developed by trimming off tops of the shoots (about half its length) with sharp scissors. The stems will regenerate by producing side shoots. Carry on cutting as it grows. You can cut the same lengths when they re-grow too, but bear in mind that after 2 or 3 cuts the stalks start to get tough and the taste gets stronger as the plant get bigger.. You can feed it with an organic fertiliser after the second cut to give it some final oomph. Sow successively for tender young shoots.

Keep weed free and water regularly and copiously throughout the season. Watercress produces small, white flowers in flat-topped clusters in summer to early autumn and, unless harvested frequently to prevent these flowers from forming, the leaves will become less tender and bitter.

It may be used as a garnish, in salads and sandwiches, added to herb butters, dressings, casseroles, soups and sauces for fish, and are also made into refreshing and nourishing teas.

Watercress leaves have a lovely mustardy bite that makes them natural bedfellows to strongly flavoured meats such as game. The leaves are most commonly served raw as a garnish to eggs or meat, or as part of a salad with orange segments. Watercress also makes a pleasingly peppery soup that is as good hot as it is chilled.