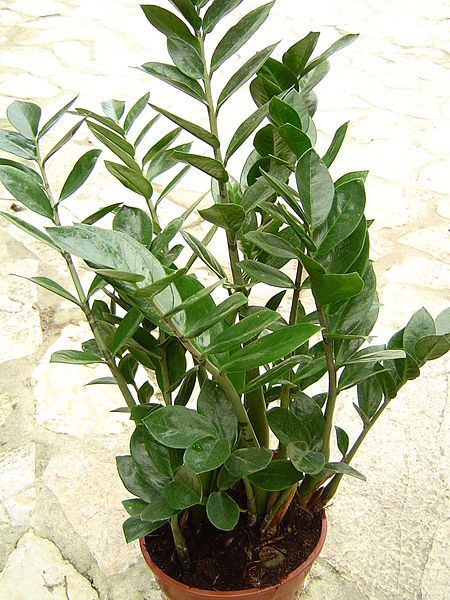 ZZ plant is a genus of flowering plant in the family Araceae, containing the single species Zamioculcas zamiifolia. It is a tropical perennial plant native to eastern Africa, from Kenya south to northeastern South Africa. Dutch nurseries started wide-scale commercial propagation of the plant around 1996

It is a herbaceous plant growing to 45-60 cm tall, from a stout underground, succulent rhizome. It is normally evergreen, but becomes deciduous during drought, surviving drought due to the large potato-like rhizome that stores water until rainfall resumes. The leaves are pinnate, 40-60 cm long, with 6-8 pairs of leaflets 7-15 cm long; they are smooth, shiny, and dark green. The flowers are produced in a small bright yellow to brown or bronze spadix 5-7 cm long, partly hidden among the leaf bases; flowering is from mid summer to early autumn.