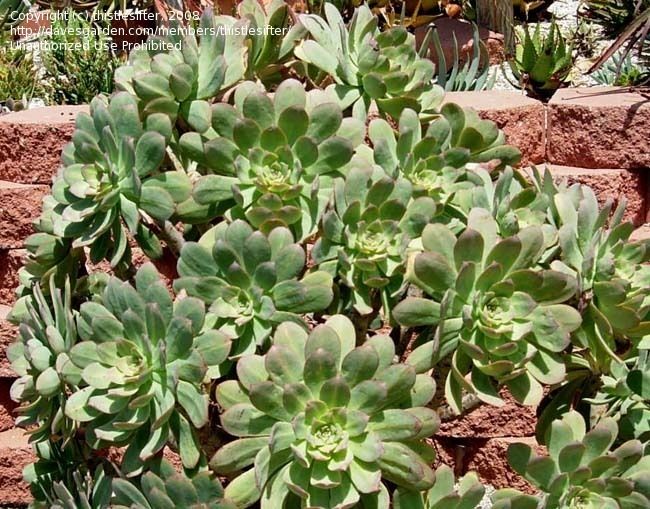 This succulent has large rosettes of variegated green and white leaves edged in bright, coppery red that stand up on stalks to 18 inches tall.

Also called Aeonium decorum 'Tricolor'. International Succulent Introductions in 1993 listed it as Aeonium decorum 'Sunburst'. In a nomenclatural correction for this plant (ISI 93-20) the Huntington Botanic Garden announced in April 2002 that this plant is not attributable to Aeonium decorum and that it should be referred to simply as Aeonium 'Sunburst' until its specific affinities can be determined. Some list this as a hybrid of Aeonium davidbramwellii and it is also known under the name Aeonium arboreum 'Luteovariegatum'. There are several variants of this plant including an interesting pale green (nearly white) form with purple-red longitudinal streaks.