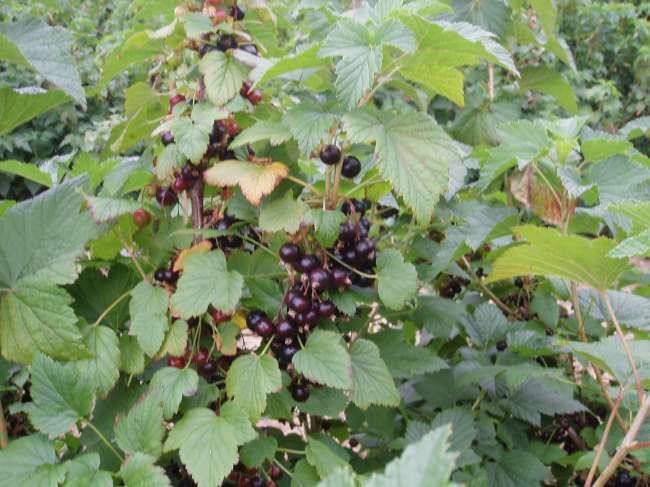 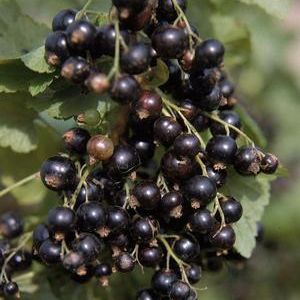 Varieties
The main criteria for selecting varieties of currants for the home garden are size and growth habit of bush; season of flowering and fruiting; reliability, size and quality of crop, and susceptibility or resistance to diseases and pests. ‘Ben Sarek' is one of the best blackcurrants for the home garden. It has a very compact growth habit and produces heavy yields (4-5 kg\bush) of large juicy fruits. Because of its late flowering, it has considerable of frost tolerance and reliability of cropping. Ben Sarek is one to the few varieties that is fully resistant to mildew. Other good blackcurrant varieties include ‘Ben Lomand', ‘Ben Connan' and the very late flowering ‘Jet', which is more suitable for frosty areas.

Planting
Blackcurrants prefer full sunshine but can tolerate a little shade for part of the day. Shelter must be provided. Frost is a danger for blackcurrants because they flower early. These are likely to be disappointing at elevations over 200 metres above sea level.

Good, fertile, well-drained but moisture-retentive, slightly acid soil is the ideal for blackcurrants. Poor soil can be made fertile by applying organic manures and fertiliser. Limy soil is fine, as long as it is well-drained. Blackcurrants do well in a medium-heavy soil. The ground should be completely free of perennial weeds before planting.

Care after planting
Keep the ground free of weeds by hoeing for the first year. They dislike the soil disturbance that is inevitable with hoeing so hoe as lightly as possible or use mulches.

Each spring, feed blackcurrants with 70 grams of general fertiliser per square metre. This should be followed by a heavy dressing of well-rotted manure or compost, which helps to keep weeds down and conserves moisture in summer. Blackcurrants are heavy feeders.

Consider watering the bushes if the summer is very dry, especially in the early years. The first fruit is produced in the second season after planting, and full cropping is reached after five years. At this stage, each bush will produce 3 – 5 kilos of fruit.

Pruning
Blackcurrants carry most of their fruit on young shoots. The shoots produced in one year carry flowers and fruit the second year. Pruning aims to provide a good supply of young shoots by removing a proportion of the older shoots each year. Carry out pruning after fruiting, although usually it is done in winter, being made easier by the absence of leaves.

Each year, prune out one quarter to one third of the number of shoots in the bush. Choose the older, darker-barked shoots to go. Prune them out as low down as possible. Annual pruning keeps the bushes to a reasonable size.

Pests and diseases
Big bud mite causes the buds to swell and take on a round shape. The mites feed inside the buds, which are usually ‘blind’. Virus disease is carried by the mites. Pick off and burn any swollen buds.

Greenflies cause curling and discoloration of leaves and reduced growth. They also spread the big bud mites from bush to bush. Control them if there is a bad attack.

Bullfinches eat the buds in winter and can cause serious damage. Use bits of polythene as scares; otherwise, use netting.

Leaf spot is a fungal disease causing small brown spots on the leaves, which, after a bad attack, fall off. It is worst in wet years, and in wet localities. Though not as common as it was, control will be necessary, if it appears.

Reversion is a serious virus disease which ends cropping. The leaf edges of affected plants become less toothed. Dig up and burn these plants.

Gooseberry mildew attacks the young leaves, and shoot tips of blackcurrants, but not the fruit. Prune out affected shoots when noticed.