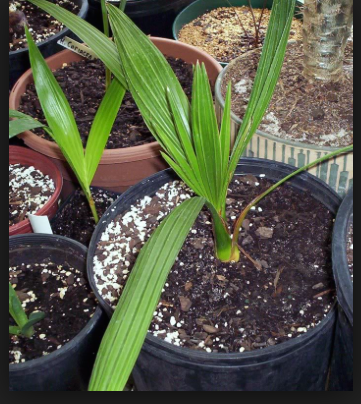 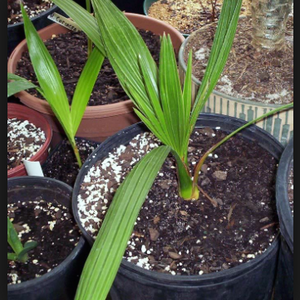 date palm, (Phoenix dactylifera), tree of the palm family (Arecaceae, or Palmae), found in the Canary Islands, northern Africa, the Middle East, Pakistan, India, and the U.S. state of California. The date palm grows about 23 metres (75 feet) tall. Its stem, strongly marked with the pruned stubs of old leaf bases, terminates in a crown of graceful, shining, pinnate leaves about 5 metres (16 feet) long. Floral spikes branch from the axils of leaves that emerged the previous year. Male and female flowers are borne on separate plants. Under cultivation the female flowers are artificially pollinated. The date is a one-seeded fruit, or berry, usually oblong but varying much in shape, size, colour, quality, and consistency of flesh, according to the conditions of culture. More than 1,000 dates may appear on a single bunch weighing 8 kg (18 pounds) or more. The dried fruit is more than 50 percent sugar by weight and contains about 2 percent each of protein, fat, and mineral matter.

The date palm has been cultivated and prized from remotest antiquity; its fruit has been the staple food and chief source of wealth in the irrigable deserts of North Africa and the Middle East. Spanish missionaries carried the tree to the New World in the 18th and early 19th centuries.

All parts of the date palm yield products of economic value. Its trunk furnishes timber; the midribs of the leaves supply material for crates and furniture; the leaflets, for basketry; the leaf bases, for fuel; the fruit stalks, for rope and fuel; the fibre, for cordage and packing material; and the seeds are sometimes ground and used as stock feed. Syrup, alcohol, vinegar, and a strong liquor are derived from the fruit. The sap is also used as a beverage, either fresh or fermented, but, because the method of extraction seriously injures the palm, only those trees that produce little fruit are used for sap. When a palm is cut down, the tender terminal bud is eaten as a salad.

The tree is propagated either from seeds or from suckers, offshoots that arise chiefly near the base of the stem in the early years of the life of the palm. Offshoots are used for commercial plantings. When offshoots are three to six years old and have formed roots of their own, they are removed and planted. Palms begin to bear fruit in 4 to 5 years and reach full bearing at 10 to 15 years, yielding 40 to 80 kg (90 to 180 pounds) or more each. Palms are known to live as long as 150 years, but their fruit production declines, and in commercial culture they are replaced at an earlier age.

Saudi Arabia, Egypt, Iran, and Iraq are the leading date-producing and exporting countries, although fruit from Algeria and Tunisia also is well known in Europe. California is the major American producer. The date palm is grown as an ornamental tree along the Mediterranean shores of Europe, and its leaves are used for the celebration of Palm Sunday among Christians and for the celebration of the Feast of Tabernacles among Jews. Date sugar, a commercial product of India, is obtained from the sap of a closely related species, Phoenix sylvestris.