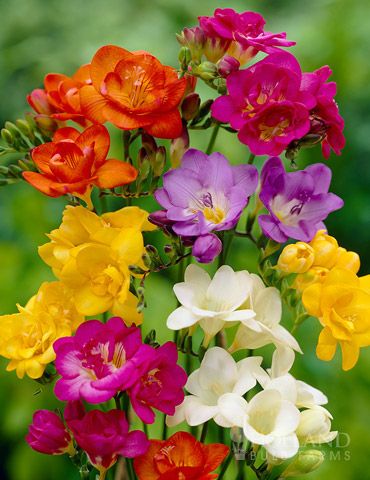 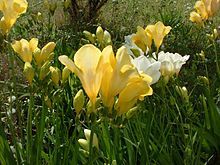 Freesia is a genus of herbaceousperennial flowering plants in the family Iridaceae, first described as a genus in 1866 by Chr. Fr. Echlon (1795-1868) and named after German botanist and doctor Friedrich Freese (1794-1878). It is native to the eastern side of southern Africa, from Kenya south to South Africa, most species being found in Cape Provinces.[1] Species of the former genus Anomatheca are now included in Freesia.[1] The plants commonly known as "freesias", with fragrant funnel-shaped flowers, are cultivated hybrids of a number of Freesiaspecies. Some other species are also grown as ornamental plants.