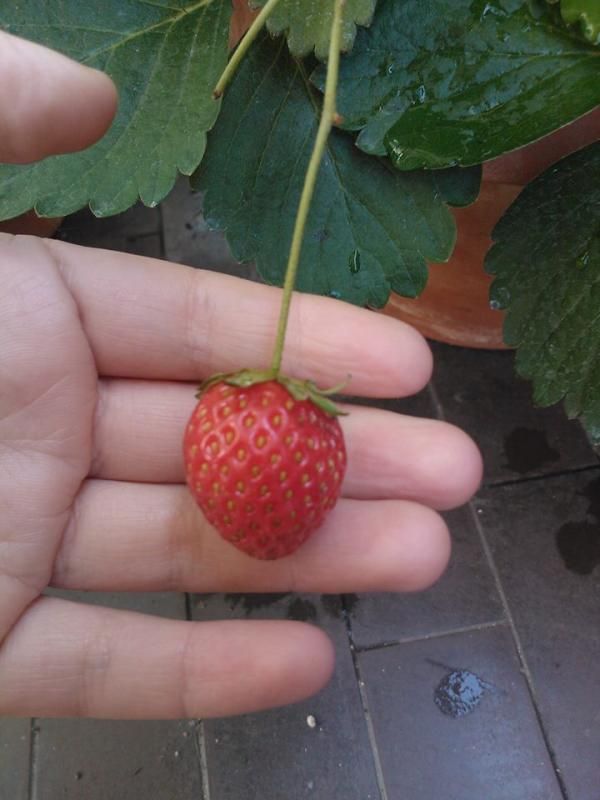 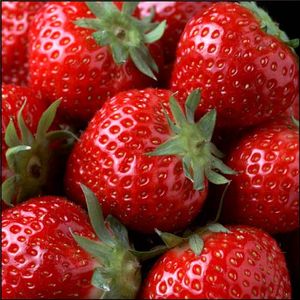 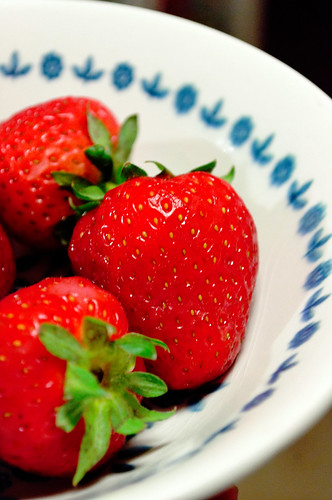 Strawberries are the most popular fruit grown in the garden. They do not require too much room and will grow just as successfully in a container on the patio as in the vegetable plot. Plant strawberries in August and you can be harvesting a crop in the following June. The only drawback is the relative shortness of the season - if only one variety is grown the harvest is limited to just 2-3 weeks. However if space is available, and by carefully selecting the varieties grown, it is possible to be picking fruit from May to the first frosts. Plants grown in a heated greenhouse can even provide strawberries in time for Christmas. The fruits we know today were the result of a chance cross in the United States during the 19th century. Before that only the tiny wild, intensely flavoured varieties were cultivated commercially in Europe. The most popular varieties to grow today are the summer fruiting types with early varieties giving fruit between late May and late June, and mid season varieties cropping from mid June to mid July. Also available are perpetual varieties which produce several flushes of fruit; the main flush occurs between August and October. However, these are not such abundant croppers as the summer varieties. The original, alpine strawberries are still available. These produce modest numbers of tiny berries over a prolonged period. Many plants are needed to give a worthwhile crop, but these plants make very attractive edging plants or grown in containers. An extra bonus is that the birds seem to leave them alone! Summer fruiting strawberries produce good crops for 3-4 years before needing replacing; perpetual varieties last for 2 years; alpines last just one year. There are many different cultivars to choose from. Summer fruiting varieties include the reliable mid season 'Cambridge Favourite'; 'Elsanta' has outstanding flavour but is slightly prone to disease. This is another mid season variety. 'Elvira' is an early season fruit recommeded for growing under cloches. 'Hapil' is the mid season variety favoured by professional growers as it combines high yields with good flavour and does well in light soils and dry conditions. 'Hedley' produces soft, tangy berries which are good for jam making. Among the perpetual varieties, 'Aromel' is a moderate cropper but has outstanding flavour; 'Gento' is good for growing on chalky soil; 'Rapella' is a relatively heavy cropper. Its fruit ripens earlier than most so that all the crop can usually be picked before the first frosts. One of the most popular alpine strawberries is 'Baron Solemacher' with tiny fruit in large numbers over a long period; 'Alexandria' has the largest, juciest friuts of the alpines but lower yields.

14 varieties of this plant