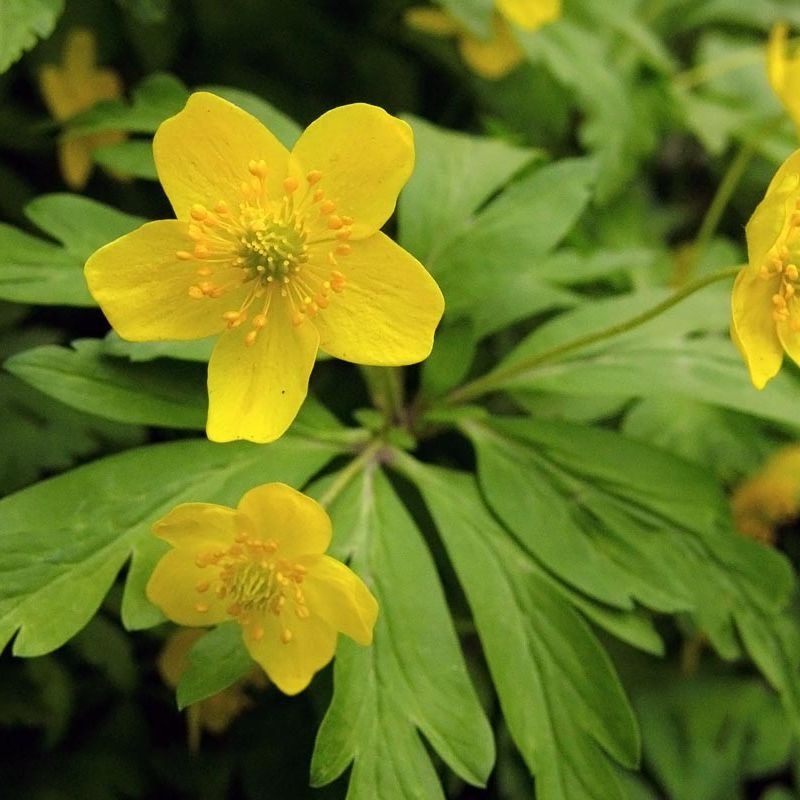 It flowers between March and May.

Growing to 5–15 centimetres (2.0–5.9 in) tall, the plant is herbaceous, dying back down to its root-like rhizomes by mid summer. The rhizomes spread just below the earth surface and multiply quickly, contributing to its rapid spread in woodland conditions. Theflower is about 1.5 centimetres (0.59 in) diameter, with from five to eight petal-like segments (actually tepals) of rich yellow colouring.

The plant is widely grown as a garden plant, especially by rock garden and alpine garden enthusiasts. It has been awarded an Award of Garden Merit or AGM, H4 (hardy throughout the British Isles) by the Royal Horticultural Society.

Anemone ×lipsiensis with its parents

Wood anemone, Anemone nemorosa, is similar to A. ranunculoides but has slightly larger flowers (usually white, but they may be pinkish or lilac, often with a darker tint to the back of the 'petals'). Anemone × lipsiensis is a hybrid between these two species and has pale yellow flowers; it is often found where the two parent species grow near each other.[4] A. × lipsiensis 'Pallida' is the best-known result of this cross. A most attractive plant, it has been awarded the AGM, H4, like both of its parents.[3]

1 variety of this plant