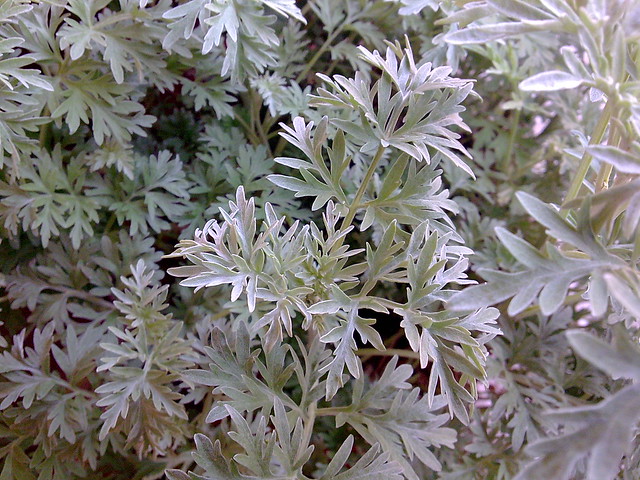 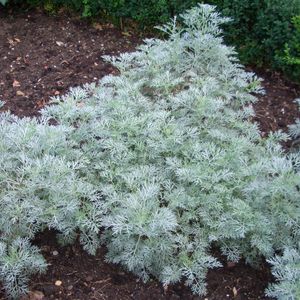 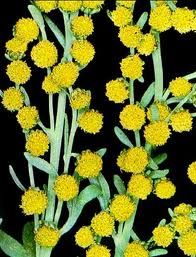 This perennial plant is native to temperate regions of Africa and Eurasia. It was named after the Greek goddess Artemisia, and is the main ingredient in absinthe. It has been used for hundreds of years as an insect repellent, stomach medicine and de-wormer of both people and animals. Historically, we can find references to the herb dating back to 1600 B.C. in Egypt.

It's lovely silver green leaves are lacy and intricate. It grows rather compact, and does not spread an take over like oregano and lemon balm. The scent is unique to wormwood. The demonization of absinthe (the alcoholic drink) in the early 1900s gave this herb a stigmitized reputation. When grown along with fennel and anise, it creates an aesthetic and aromatic, as well as historic, combination.

SOIL REQUIREMENTS:
Best cultivated in dry soil. This plant also prefers to be in fertile, mid-weight soil that is high in nitrogen content, but can be grown in poor soil as well. Soil pH 6.1 to 6.5 (mildly acidic), 6.6 to 7.5 (neutral)

GROWING ZONES:
This plant does well in USDA zones 4a - 8b

PLANTING TIME:
This plant can be propagated by dividing its roots in the fall season, or by using cuttings from the plants, or by seeds sown in the fall when the seeds are ripe. Plant 2 feet apart.

POLLINATION:
This plant is usually cross-pollinated by insects and by the wind. Rarely will this plant self-pollinate.

PARTS USED:
The entire plant, including the leaves and flowering tops.

HARVESTING:
Wormwood is harvested in July and August. The plant should be harvested on a dry day, after the sun has dried any wetness on the plant. To harvest, remove the upper green portion, leaving behind any lower stem parts, or insect-eaten, discolored or damaged leaves.

DRYING METHODS / YIELD:
Bind the plant loosely in bunches of approximately six stalks that are somewhat equal in shape and length. Spread the leaves out like a fan so that the air can dry the leaves evenly. Hang in the open air, possibly on a string line, on a warm sunny day, but in a shady area so that the leaves avoid direct sun exposure, and thus the loss of the aromatic properties. Dry at a temperature of approximately 70°F.

PLANT YIELD:
Some reports show that the average yield of wormwood is 0.35% of semi-dried herb.

PRESERVATION / PACKAGING METHODS:
After dried, store immediately in airtight boxes. This is crucial as, if left in the open, wormwood will absorb 12 percent moisture from the air. It can also be stored in air-tight glass jars.

Most commonly used as a stomach medicine for treating intestinal organisms, as denotes the name "worm wood." The leaves and flowers of wormwood are dried and used for their active substances, absinthine and anabsinthine, as well as the natural tannins and acids known to reduce indigestion and gastric pain. The herb also acts as an antiseptic and a remedy for fevers. Medicinally, this herb was used to relieve women during the pains of pregnancy, as well as a powerful blood stimulator, improving overall circulation. Currently studies are looking into the possibility of wormwood for support of breast cancer.

CAUTIONS / CONTRAINDICATIONS:
Pure wormwood oil is extremely poisonous, but as with many herbs, when used in the proper amounts, there is little to no danger. Traditional use was dosed at 3-5g daily as an infusion or 2-3g daily as the herb.

DRUG INTERACTIONS:
Consult your doctor before taking Wormwood if you are pregnant or breast-feeding. Do not take this herb if you suffer from stomach or intestinal ulcers.

ESSENTIAL OIL USE:
The main medicinal component of wormwood comes from its oil. The oil is used as a stomach medicine (abdominal pain, indigestion, heartburn and flatulence). It is also known to remedy liver problems such as jaundice.