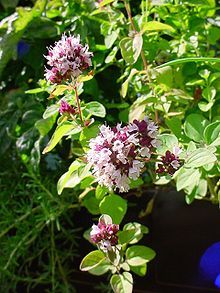 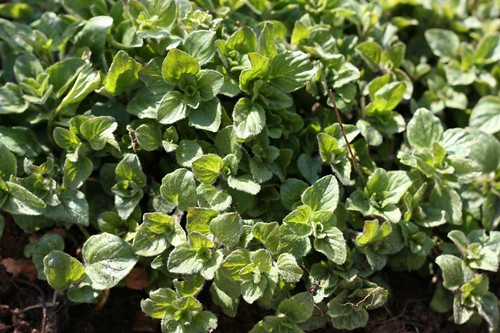 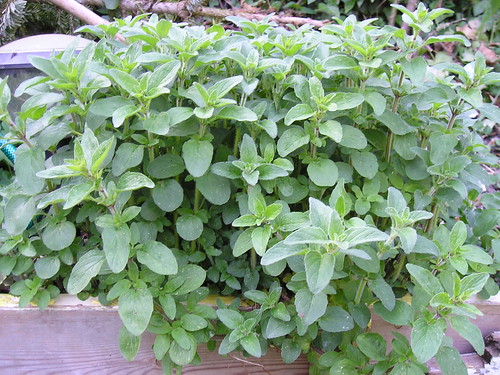 Oregano is a perennial herb, with opposite leaves 1–4 cm long. The flowers are purple, 3–4 mm long, produced in erect spikes. Closely related to the herb marjoram, oregano is also known as wild marjoram. Oregano is a perennial, although it is grown as an annual in colder climates, as it often does not survive the winter months.

The ancient Greeks considered oregano to be the "joy of the mountain." In fact, the roots of the words, oros (mountain) and ganos (joy) attest to that fact. A popular traditional medicinal herb, it was used to treat skin wounds, headaches, trauma, lung conditions, seizers, stings and bites, and even heart failure. In fact, Hippocrates is documented as having used the herb as an antiseptic and a stomach aid. The herb also has extensive use, from Mexico to Italy, as a popular aromatic spice for dishes like marinara sauces, lamb stews, soups and pizza.

SOIL REQUIREMENTS:
Does best in light loam with a slightly alkaline pH, and well-drained, nutrient-rich soil.

SUN REQUIREMENTS:
Does best in partial sun as leaves can scorch in full sun.

GROWING ZONES:
Grows throughout most of Europe, South America and North America, and does best in Zones 5-10, depending on the variety.

PLANTING TIME:
Early spring after danger of frost has passed, the seeds can be sown directly into soil, or sow in plugs 6 weeks before last frost, indoors.

POLLINATION:
Self-propagates aggressively by sending out runners. Oregano can also be started by seeds, divisions or cuttings.

FLOWERING/SEEDING TIME:
Around four weeks from planting seedlings, flowers will begin to appear. Make sure to keep harvesting oregano often so that it does not turn to seed.

HARVESTING:
Harvest the leaves before there are flowers. It is best to harvest the leaves when plants reaches 4-5 inches in height. Cut stems to the ground to encourage fuller growth later. Also, it is important to harvest as a long stem, or branch, for better drying later.

DRYING METHODS / YIELD:
Dry leaves indoors, in bundles, in a cool dry setting. Do not dry in full sun as this will damage the leaves. Tie branches upside down and hang in dry place, without dampness. After 5-7 days, oregano is ready to be stripped from the branch and stored.

PRESERVATION / PACKAGING METHODS:
Dried leaves may be stored in an airtight glass container for up to one year.

Oregano is an important culinary herb, used for the flavor of its leaves, which can be more flavourful when dried than fresh. It has an aromatic, warm and slightly bitter taste, which can vary in intensity. Good quality oregano may be strong enough almost to numb the tongue, but the cultivars adapted to colder climates often have a lesser flavor.

Oregano's most prominent modern use is as the staple herb of Italian-American cuisine. It is most frequently used with roasted, fried or grilled vegetables, meat and fish.  The herb is also widely used in Turkish, Palestinian, Syrian, Greek, Portuguese, Spanish, Philippine and Latin American cuisines. In Turkish cuisine, oregano is mostly used for flavoring meat, especially for mutton and lamb. In barbecue and kebab restaurants, it can be usually found on table, together with paprika, salt and pepper. The leaves are most often used in Greece to add flavor to Greek salad, and is usually added to the lemon-olive oil sauce that accompanies many fish or meat barbecues and some casseroles. Oregano is also used by chefs in the southern Philippines to eliminate the odor of carabao or beef when boiling it, while simultaneously imparting flavor.

Hippocrates used oregano as an antiseptic, as well as a cure for stomach and respiratory ailments. A Cretan oregano (O. dictamnus) is still used today in Greece as a palliative for sore throat.  Oregano is high in antioxidant activity, due to a high content of phenolic acids and flavonoids. It also has shown antimicrobial activity against strains of the food-borne pathogen Listeria monocytogenes.

ESSENTIAL OIL USE:
Oil of Oregano is a staple for many herbalists. Its oils are useful in treating skin infections. It is an extremely potent anti-bacterial and anti-microbial agent. The oils have also been used in perfumes and soaps

IS THIS AN EDIBLE PLANT:
Yes.

CAUTIONS / CONTRAINDICATIONS:
Women who are pregnant or breast-feeding should not take high-doses of the herb, although as a food spice, it is generally recognized as safe. Oregano, in high doses, is a sedative. Applied topically, it can cause sensitivity in the skin, and may be associated with rash and rare anaphylactic reactions.