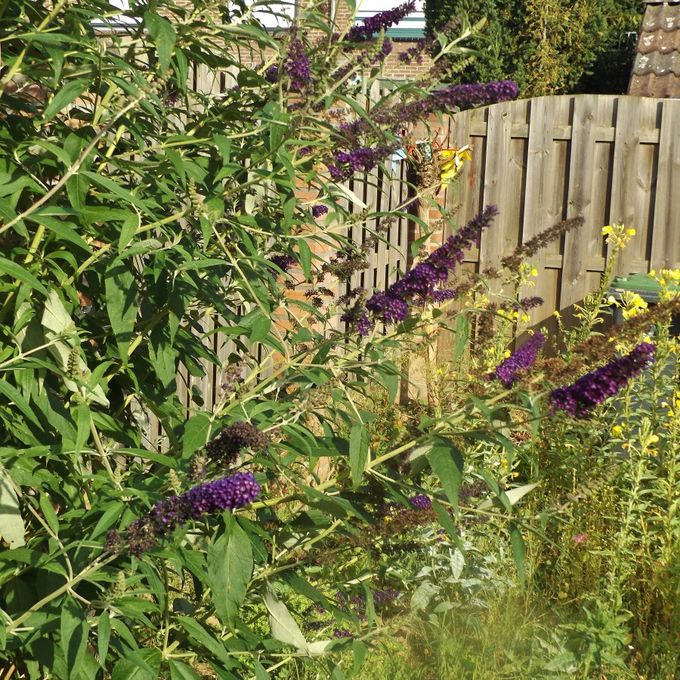 Buddy Jr.'s gotten so big now, almost topping 11 feet high, and about 6 feet across, that the wind uses him like a battering ram. A recent spate of high winds thanks to the last vestiges of Hurricane Erma, have left him bent so far forward he 's over shadowing the new berry bushes, and stopping their growth. Luckily he hasn't been damaged as badly as last year, when he was uprooted and battered into the ground. This year he's defying all attempts to rip him up, and is just gracefully dangling 10" from the ground, still in bloom... which probably isn't helping his cause.

The big guy has decided he's going to prune him, keeping the branches that are still in bloom, and cutting back the ones that aren't, and then pulling the central trunk back towards the fence, and supporting it with rope, until Buddy Jr. has finished blooming, and can be cut back for the winter. The little finches and starlings still play amongst his branches and I'll be sad to see them go when he's back to bare branches again.