So many unknown flowers... 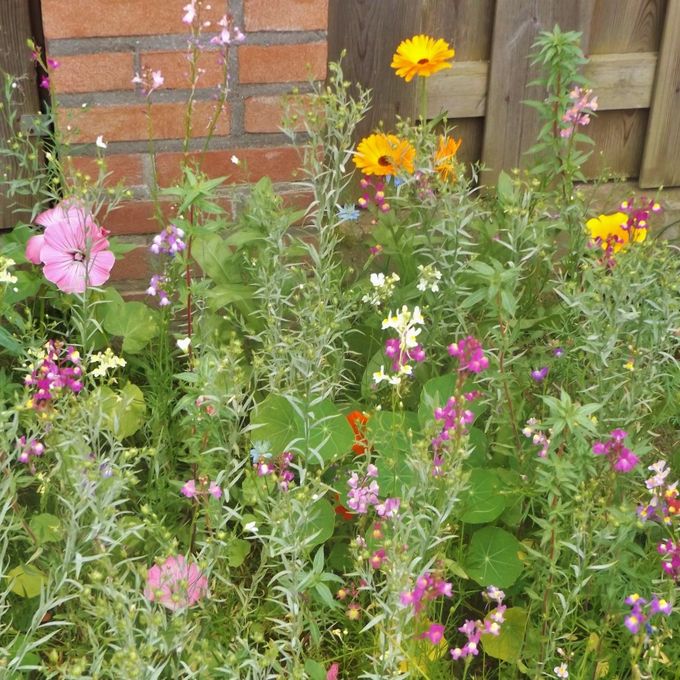 The mysterious flower sachet that we received through the post some months ago has produced some real beauties, none of which we had even the first clue about. Thanks to this site, I discovered most of the small colourful ones were Linaria and with the help of Google figured out that there were California Poppies, Nigella Damascena, Nasturtiums and Gerberas mixed in too. Now there's a few pink, trumpetty like flowers I can't figure out, a stalk of bright red poppy looking flowers that aren't poppies and some yellow flowers with brown centres. Still to bud are the silvery green fluffy things and something that looks like a green sponge. It's been really quite interesting finding out what flower seeds were in the sachet and discovering some of them are edible. I'm not sure about using Nasturtiums in my cooking though.. I might, possibly try one in a salad. The problem I have now is that each of these flowers is a perennial, so will be returning next Spring which means there's no way I can pick out the ones I like best and get more of them, and leave the ones I'm not keen on, as the big guy likes them all, and I've been forbidden from allowing my OCD to reign in the garden. *sulks* I'm afraid I'm one of those gardeners who likes neat, tidy regimental lines... whereas he's more the hodge podge gardener. :D

For now the flower patch is safe... but there will be some re-organising over Autumn and Winter in readiness for the Spring, as the rhubarb is moved into more space and the red cabbage is nipped out, as it was planted far too close together, and maybe next year, not quite so many parsnips.. I'm starting to go off them. :(