When, why, how to prune shrubs

Pruning shrubs is often felt to be the trickiest and most complicated task in the garden.

When to do it, why and how? Do plants not do just as well without pruning? And is it not unnatural? No. Pruning is one of the most important ways of keeping your plants healthy. Only if a slow-growing shrub or tree has enough room to grow is there virtually no need for pruning. But many shrubs certainly do not remain small, or they will go bare at the bottom if you do not prune.

The flowers then appear well above eye-level after a couple of years, like on a lilac or buddleia. You must also prune off diseased or dead parts of the plant. By removing thin and weak branches, other branches get more light and a bush remains healthy. It will also produce more flowers and fruit. 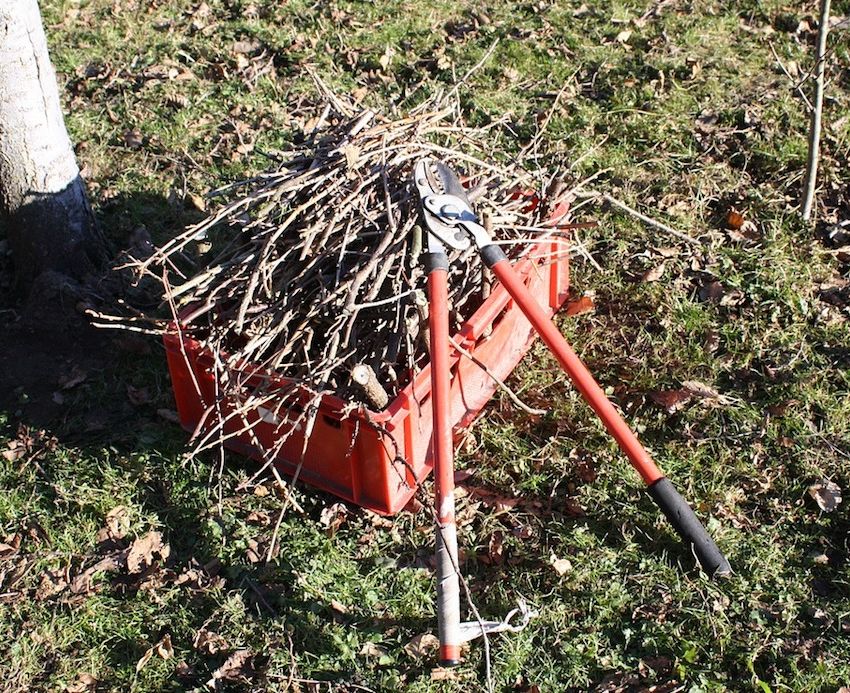 The most important reasons for pruning are:

This is pruning to keep shrubs young and within bounds. For example: how do you prune a globe hydrangea so that it does not get too big and continues to flower? The aim is to keep the whole bush in step.

The trick is that you need to do it in parts:

Effective pruning leads to the best results in terms of shape. 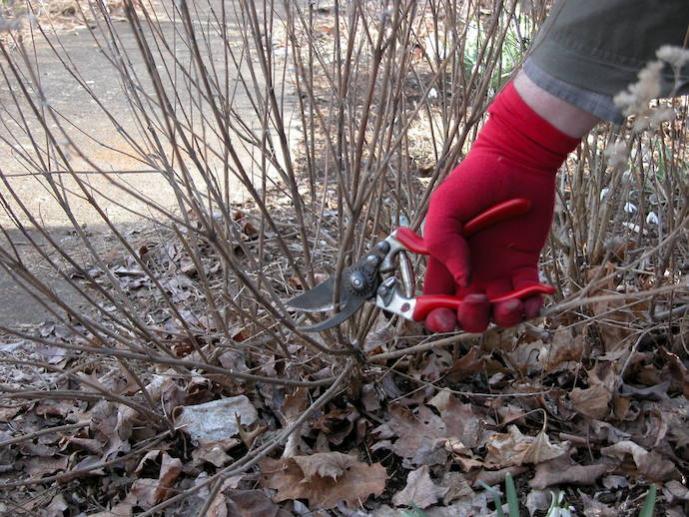 That depends on the type of shrub. There are ‘pruning groups’. Never prune if it is freezing or if it is very dry or wet.

Deciduous shrubs which flower in the winter, spring and start of the summer:
Winter-flowering shrubs should be pruned immediately after flowering. Branches can also be removed during or shortly before flowering. If this has been preceded by a cold period, those branches may flower in a vase. Such winter-flowering shrubs include witch-hazel (Hamamelis mollis), Prunus subhirtella ‘Autumnalis’ and Viburnum bodnantense ‘Charles Lamont’.

With slightly later spring-flowering shrubs you should pay close attention to the flowering time. Some flower in March, others not until May. You should only prune after they have flowered. That means that you cannot do everything in one go. A spring-flowering shrub always flowers on branches which are at least one year old. The buds that produce flowers have been formed during the preceding autumn.

You prune these well before they flower, but only when the weather is a bit better: soon after 1 March and never during a period of frost. Prune off the new growth. Some, like the buddleia (Buddleia davidii), are then cut right back. Those species produce an array of branches which grow afresh every year.

Hydrangeas flower in the summer, but pruning depends on the type of hydrangea that you have. The common hydrangea (Hydrangea macrophylla) flowers on two-year-old wood; if you prune that in the spring, you will cut off all the flower buds.

With these plants you cut away a few old branches in the spring and leave the young branches in place. You can also remove the old umbels at that time. The panicle hydrangea (Hydrangea paniculata) and the familiar Hydrangea arborescens ‘Annabelle’ are pruned back hard (to 25 centimetres) in the spring (March) since they flower on one-year-old wood.

Never cut a lavender bush back to the woody part of the branches. It will produce little or no growth from here. Cut away the new growth every spring, and definitely remove all parts that have been affected by frost. If the plant has too much bare wood, it has been insufficiently pruned in the past. This problem cannot be rectified - it is better to replace it.

The same rules essentially apply this group as to the deciduous shrubs. Always remove dead, rubbing and diseased branches. Also remove suckers with a deviating colour or leaf shape.

It is very difficult to create a living garden sculpture freehand, particularly if the shape is more complicated. A ball or cube is usually achievable, but a spiral shape is another matter. It is much easier to use a wire shape covered in mesh which determines the shape. You allow the plant which is to be shaped to grow within that.

Everything that grows outside the shape is carefully trimmed back to just outside the shape. Regular trimming (between May and August) is needed. This type of mesh figure can be bought easily. Round shapes are best cut with hedge shears held upside down.

A rhododendron branch which is cut back too vigorously will not flower in the next year. Breaking off exhausted flowers (just below the exhausted spray) will give a better flowering in the subsequent year. This practice is also known as dead-heading.

Skimmia japonica in particular can grow very big. Skimmias flower on the two-year-old branches. Cut half of those branches back after flowering. If you do it in the winter, you can use the cuttings for atmospheric flower arrangements.

The cut branches will grow out again and will flower in the subsequent year. Then you prune back the other half. This is how you keep the plant under control.