Grass is one of the largest plant families on Earth and certainly the most important from a human perspective.  Anyone who remembers John Christopher’s 1950s novel ‘The Death of Grass’ will be quick to tell you that most of the world’s food production is based on grasses of one kind or another.  Grass is also ancient - palaeobotanical studies identify grasses growing 65 million years ago - when the dinosaurs were kings! 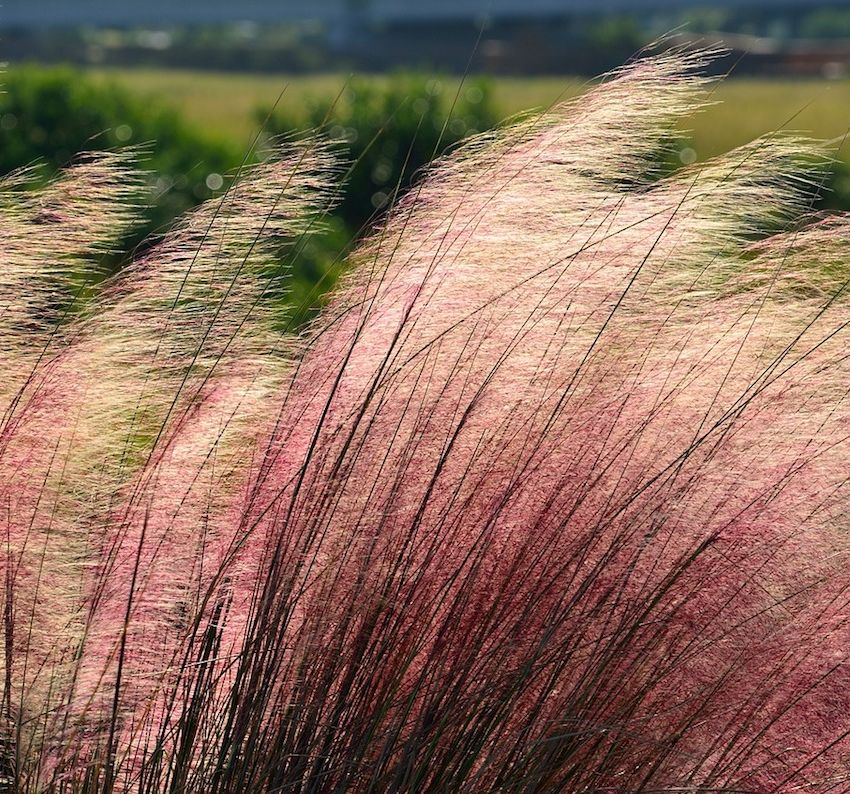 For gardeners, grasses in all their ornamental forms continue to lie at the heart of most landscape plans.  They are versatile and the perfect partners for most flowering plants, shrubs and trees.  Ornamental grasses (as opposed to turf) figure highly in leading-edge garden and landscape design.  A glance at the Chelsea Flower Show Gold Awards in 2013 will reveal that grasses are core to design.  Think of Nigel Dunnett’s Blue Water Roof Garden, with meadow grasses figuring highly, the M & G Centenary Garden ‘Windows through Time’, showing grasses critical in garden design of the 1900s right up to the Homebase garden for the modern family, again with grasses at its heart.

A feast for the senses

Grasses are a dynamic element in garden design, bringing movement, sound and new textures.  They elicit a sense of harmony from those around them.
They can offer you screening, surfacing, accent, architecture or specimen.  They can be naturalistic or highly manicured, depending on your wishes and colours range from green through blue (think of the impressive Panicum virgatum ‘Heavy Metal)’, yellow, white and even red (have you ever seen Japanese blood grass – Imperata cylindrica?)  If you want exotic stripes you can go for Miscanthus sinensis ‘Zebrinus’! There are also the wonderful ‘flowering’ grasses whose seed heads create such stunning displays.  Pennisetum leads the parade for these, with Pennisetum alopecuroides being widely available and very beautiful.

Grasses can be very tough, and begin growing early in the season, as soon as the temperature rises above 6oC.  Some, such as Carex buchananii are fully evergreen all year round.  Most grasses are drought tolerant with some, such as Molinia and Pennisetum performing to their best in higher temperatures.

If you go to the uplands of Britain you will see that much of the grassland on our hills is dominated by Molinia – the moor grass.  As a native of the Pennines I can tell you that soils up there are generally poor, acidic and frequently waterlogged.  This means that varieties of Molinia will thrive in almost any garden soil as long as it’s not too fertile.  Look out for Molinia arundinacea ‘Transparent’ or Tall Moor Grass.  This is a wonderful, arching grass that may reach 2m in height.  It is most attractive in late summer/early autumn as the wonderful, yellowing ‘flowerheads’ blow in the breeze.

The wonderful plumes of Pennisetum contribute to this plant’s fantastic reputation as a specimen plant.  Stems may be up to 1m in length, tipped with ‘bottle brush’ flowerheads or plumes. Pennisetum villosum produces wonderful white plumes, whilst the plumes of Pennisetum alopecuroides ‘Little Bunny’ are a delicate pink.  These can work as well as container grown plants, bringing them within reach of patio and balcony gardeners.  Pennisetum is especially rewarding as even into winter it maintains a beautiful silhouette – it is truly an architectural grass.  It makes a great companion plant to other autumn interest plants.

When is a grass not a grass?

Answer: when it’s a sedge! Carex (sedge) is closely related to the grasses but is classed as a sedge because of the shape of its leaves.  Carex may be evergreen or deciduous and there is an enormous list of varieties to choose from.  Sedges love moist or even wet soils.  Outstanding varieties include: Japanese Carex (Carex oshimensis ‘Evergold’), with its beautiful creamy white striped blades; the Sedge Palm (Carex muskingumensis), which has a glorious palm-like structure to its leaves; Variegated Sedge (Carex morrowii ‘Ice Dance’) looks fabulous all year round (even in winter) and is a dense, spreading sedge

Sedge is a perfect ‘accent’ plant and low on maintenance.  Removing old leaves in autumn or early spring will in most cases improve appearance, but if you don’t get around to it the plant will still perform.

Clump forming grasses like the ones considered in this article benefit from periodic clump-splitting (lift clumps with a fork and split with a spade before replanting the resulting plants wherever you wish) but won’t take over your garden.  These grasses will provide the perfect accompaniment to perennials and provide year-round value for very little input from you.