Garden Plant of the Month of March: Wallflowers

Our Garden Plant of the Month for March is actually a small group of plants descriptively known as the ‘wallflowers’ – a well known name with a completely non garden-related meaning! The term ‘wallflower’ is often used to describe an introverted person that likes a party but prefers to blend in rather than be the centre of attention. However, this is most certainly not the case when we are looking at the garden plants of the same name. Our March plant choices, Aubrieta and Saxifraga like to put themselves very much in the spotlight. These early flowering garden plants provide welcome colour in the March garden. Their compact and hanging shape make them ideal for planting along walls or raised borders.

Aubrieta is a wallflower that is named after the French painter Claude Aubriet (1665-1742) who was famous for his botanical art. Aubrieta is also called ‘Blue Cushion’ due to its beautiful pillow-like blue flowers. Although this plant is commonly a vibrant blue, the colour palette can be varied and the flowers can come in delicate whites and pinks, rich reds and regal purples. Flowering starts in March and continues until May.  The plant grows to approximately ten inches high and ideally likes a spot in full sun. 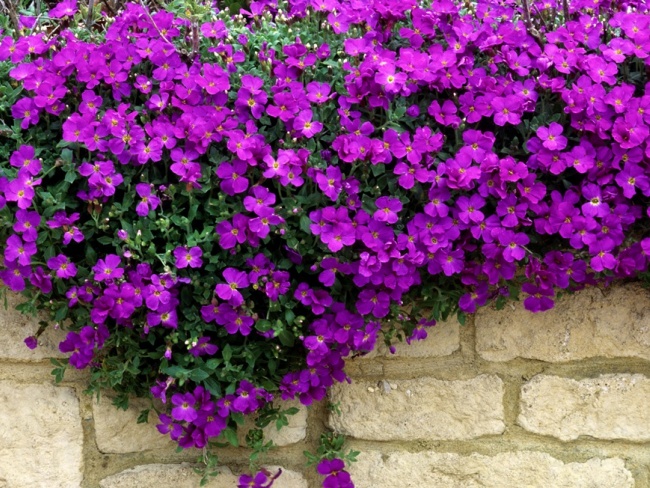 Saxifraga has beautiful white, red, pink or purple flowers that usually show from early spring to summer. Saxifraga can thrive in apparently unpromising situations, for example nestled between stone and tiles where there is little soil. The botanical name Saxifraga is derived from the Latin words Saxum and frangere which literally mean "stone-breaker". It is commonly believed that this was due to its use in the treatment of kidney and bladder stones rather than its propensity to grow in rocks. Saxifraga’s blooms usually show from early spring right on into summer, however, do get advice from your garden centre as there are some species that only bloom in summer. 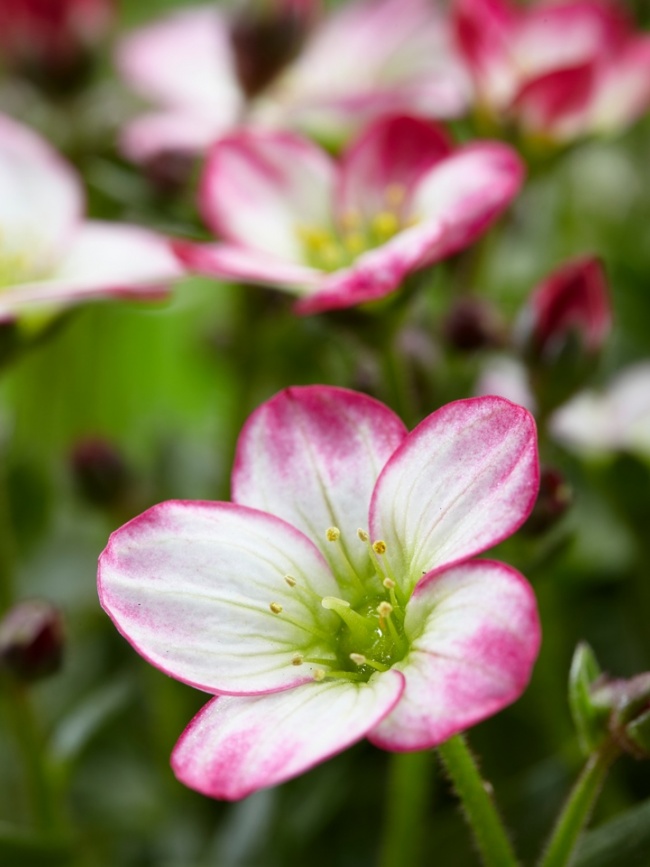 Easy to care for!

Aubrieta and Saxifraga are early perennials that bloom well year after year. An extra benefit is also that the plants are happy in almost any position and both thrive in full sun. They can even thrive in wall crevices between stones, tiles and along garden paths. Wallflowers can also look fabulous in pots. March is a great month for planting and it couldn’t be easier - make a hole and put the plant in it. Press down, water well and sit back to enjoy!

Read more on The joy of plants »