Fruit trees have to be one of the most rewarding things to have in your garden. Our forefathers lived off their produce and still today the fruit they bear plays a big part in our daily diets - one of the tastiest ways to get your ‘5 a day’! Apples, pears, apricots and cherries to mention but a few of the fantastic fruit bearing trees that can be suitable for gardens big or small. Fruit trees are beautiful when in blossom and bountiful when laden with fruit. What could be more satisfying than using your own fruit for your pies and jams with the surplus providing an excellent source of food and shelter for our wildlife. 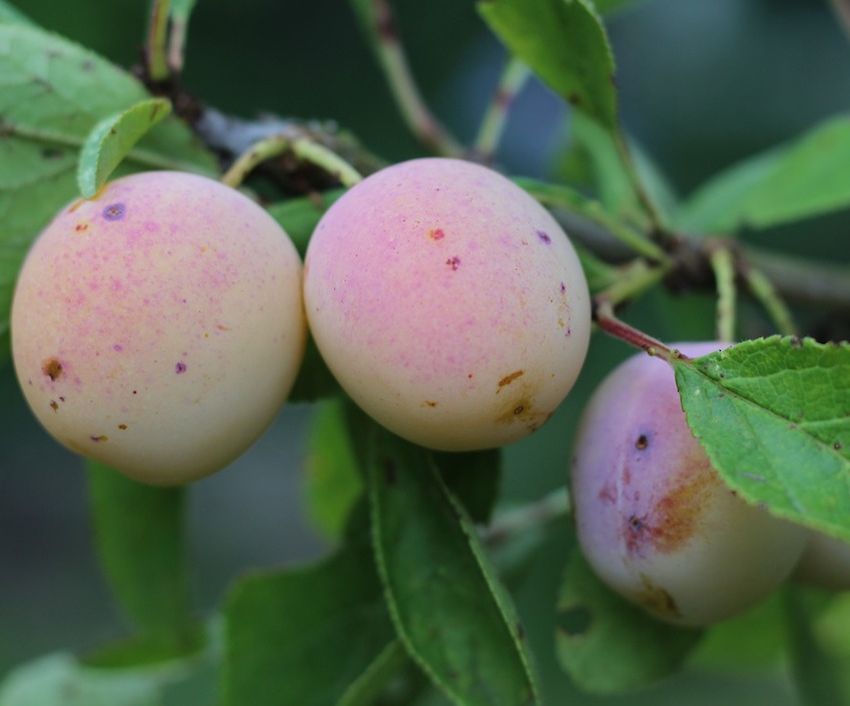 Fruit is often portrayed as a symbol of abundance and has been associated with goddesses of fruitfulness, plenty, and the harvest. It should also be noted that fruit can also represent the earthly pleasures of gluttony, and temptation. Different fruits have their own symbolisms in the traditions of different cultures.

Fruit stories
Probably the most famous story of a fruit tree is in the Old Testament - The Garden of Eden was home to an unnamed fruit tree that saw the temptation of Adam and Eve. The traditional Christian story tells that a serpent enticed Adam and Eve to eat from the forbidden tree.

One theory is that the fruit became an apple due to Renaissance artists adding elements of Greek mythology and in particular the story of the golden apples in the Garden of Hesperides into their biblical scenes. The apple became a symbol of temptation, knowledge and immortality.

Another theory is that in Latin, the words for 'apple' (m?lum) and for 'evil' (malum) are almost indistinguishable. This may also have influenced the fruit of the apple tree being branded as the biblical 'forbidden fruit'. Or, perhaps more likely, the tree was supposed to have been an apricot tree which was a common tree in the Middle East.

However, due to the story being exported to more northern climates – it may be that the fruit of the tree became apples as it was better suited to illustrate the moral of the story – that temptation is all around.

Fruit beauties
The choice of trees is staggering so we’ve hand-picked some real ‘fruity beauties’ to get you started:
Malus ‘John Downie’ – This has been given the RHS Award of Garden Merit. Single white flowers adorn this tree in May and are followed by an abundance of large crab apples. The fruit is considered to be great for jam and wine making.

Prunus "Sweetheart" - This compact little tree is suitable for patios and smaller gardens. What this tree lacks in stature it makes up for in output; this tree is a fabulous fruiter bearing a heavy crop of delicious sweet cherries.

Prunus ‘Merryweather’ - If you’re partial to a homemade tipple of Damson gin or brandy then this tree is a good choice! The tree yields a good crop of large, dark blue fruit that are best used in late September.

Pear ‘Conference’ - Pyrus communis - Clusters of white blossom cover this tree in spring followed by small, tasty fruit in autumn which you will be lucky to get to before your garden wildlife do! If you live in a city this tree can be a good option as pears don't mind pollution. It also grows well in cold areas.

So go on, give in to temptation and put a little bit of paradise in your garden – you won’t regret it!

Seasonal highlights September
September is a glorious month! It can still be hot, especially early on, and ideal for outdoor living and play. Children and adults should make the most of the evenings when they get home from school and work to run-off energy and work off those calories.

Get out and enjoy some of the wild harvest! Hedgerows, roadsides, towpaths and riverbanks are overflowing with blackberries, crab apples, rowanberries, sloes and more, all there for the gathering. Enjoy converting them into jams and jellies, tarts and crumbles. Remember to freeze some to keep you going over the winter.

In the garden, it’s a perfect time for a sort out. Tidy up pots and planters that have ‘gone over’ and think about where to get more bulbs established for a super spring display.