More than at any other time, the garden is a refuge now. As a place to escape from sweaty cars and offices it can’t be bettered and in these recessionary times, leisure destinations that are as economical or rewarding are very hard to find.

This is the time when an old garden, one that you’ve grown with over the years, can be at its most delightful. As sun comes slowly round on hot days you relish the shade of an old tree or wall that you’ve known for many summers. It can also be fun to enjoy the novelty of something new if you’ve recently moved.

Now is not the time for working too hard (in the garden or at the office!). Carry on with your routine tasks and maybe take on a little project if you’re feeling especially energetic, but mostly, sit back and relax! 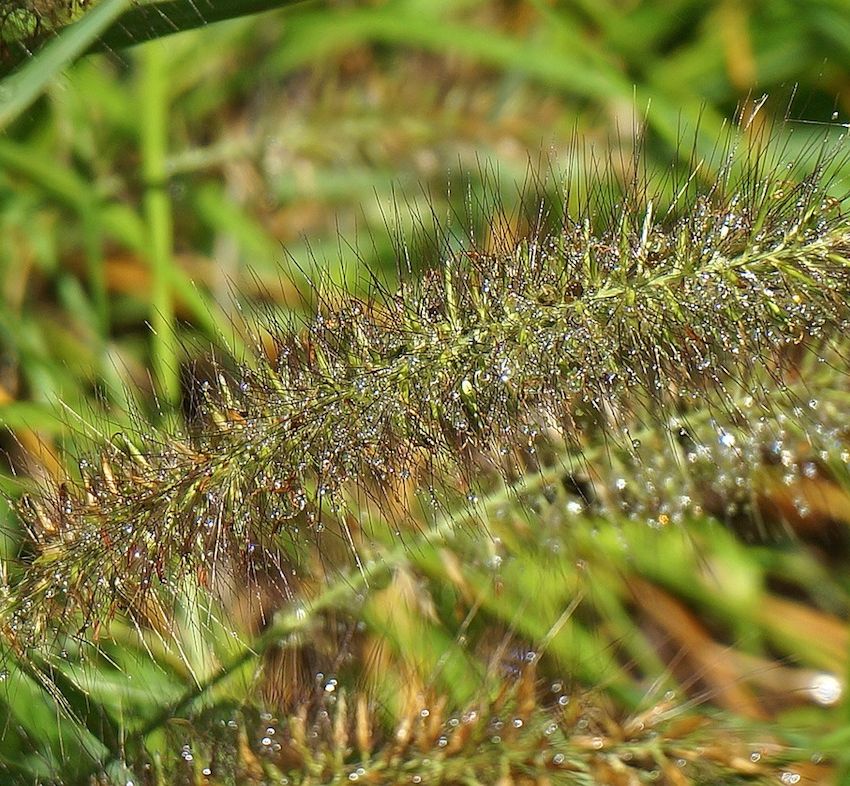 Many, including Imperata, Pennisetum and Miscanthus are said to be ‘trouble free’ and they can bring pleasure year after year. They’re also fantastic for softening up hard landscaping, perhaps on a new-build site.

Ornamental grasses
The range of ornamental grasses available these days means that you can find something for every situation. In even the smallest garden you should be able to plant specimens of several different species/varieties. The taller species and varieties offer the promise of sensory reward from the movement and sound as breezes sough through the leaves. Shorter grasses are suitable for container planting. 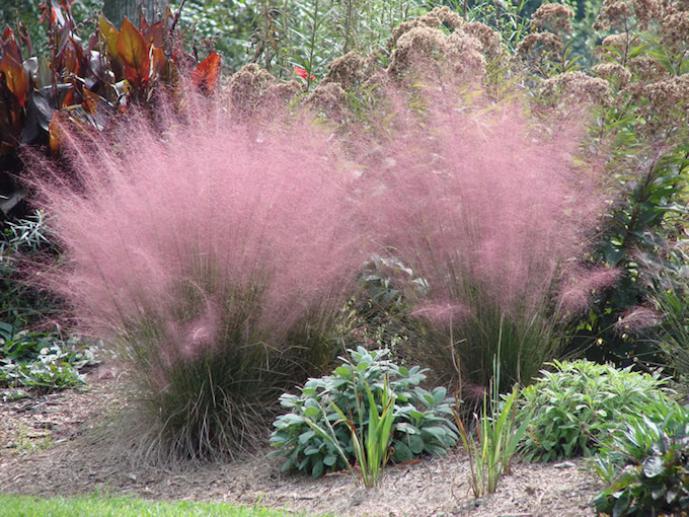 Sorts of flowering grasses
Here is a flavour of the wide variety of shapes and sizes on offer. Miscanthus sinensis ‘Silberfeder’ (silver feather) can develop stems as long as 2.5m that remain as an attractive garden feature through winter. The leaves of Miscanthus sinensis ‘Zebrinus’ are shorter (reaching about 1.2m), but the creamy horizontal banding they exhibit can make them appear stippled in sunshine on cloudy days.

Imperata cylindrica ‘Rubra’, also known as the ‘Red Baron’, is another spectacular grass. It’s a clump-forming plant and the leaves are shorter, at about 40cm, but they turn red from the tips of the stems downwards, almost as far as the base. Penisetum villosum (also known as feathertop) is an example of a wonderful perennial grass that produces soft, feathery heads in late summer and early autumn.

Combinations with ornamental grasses
Ornamental grasses combine well with other plants. Autumn flowering plants, for example, asters, helianthus or chrysanthemums make good partners, but foliage plants can also be effective alongside more subtle grasses. For example a side-by-side blend of the foliage of Miscanthus sinensis ‘Variegatus’ and Elaeagnus ‘Quicksilver’ can be a delightful and understated combination.

Maintenance
Most grasses are easy to grow and will thrive in even poorer soils, though they do tend to need a full sun position. Once established they will perform year after year with the minimum of intervention and have low water requirements, making them perfect for drought-prone areas. However, if you want to do your best by them, feed in spring with a general purpose fertiliser. They’re sufficiently sturdy to survive the odd ball being kicked through them, which makes them the ideal choice for a family garden.