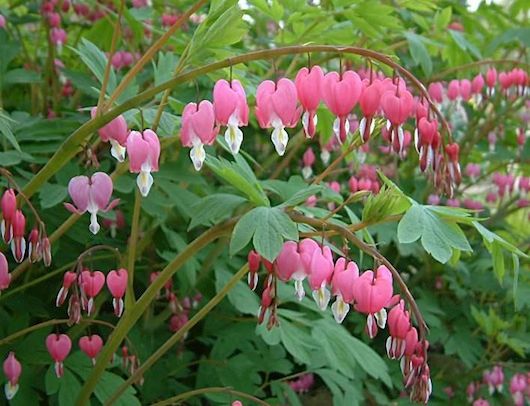 In the end, like many of these tales, the prince kills himself and the princess realises that she did rather like him after all. Alas, it was too late and her heart bleeds after her lost prince to this day - Don’t you just love those happy endings!!

Pulsatilla in Myth
Now here’s a sorry tale - The myth of Adonis who was adored by both Aphrodite (Venus), goddess of love, and Persephone, goddess of the Underworld. A love triangle of possession and obsession, jealousy and seduction with a bit of selfishness and vindictiveness thrown in for good measure.

Arbitration came in the form of Calliope who ruled that Adonis split his time one third of the year with Aphrodite, one third with Persephone and, in order to regain his strength, a third by himself.

Aphrodite wasn’t happy with the arrangement and cheated by wearing her alluring magic girdle – is there such a thing?! This caused Adonis to renege on the deal and spend his whole year with Aphrodite. It all ends with Adonis being killed by Aphrodite’s enraged lover Ares (Mars), in the guise of a wild boar.

Persephone, filled with jealous rage had told Ares of Aphrodite’s infidelity. It is said that from the earth soaked with Adonis’ blood, pulsatillas or anenomes sprang to life. However there are those who say that they sprang from the tears of Aphrodite herself, when she witnessed his death. 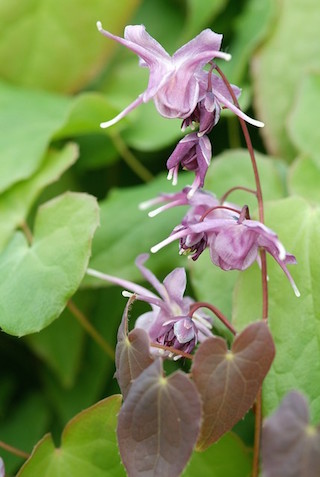 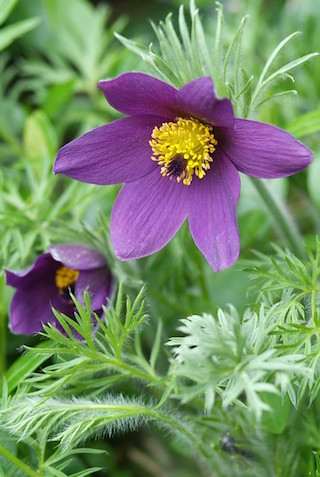 Now after hearing these tales you will never be short of conversation at BBQ’s in your garden. Try these varieties to brighten up your garden and your smalltalk!

Seasonal Highlights
Robert Browning in his ‘Home Thoughts from Abroad’, wrote the immortal lines ‘Oh to be in England now that April’s here’. Don’t you know what he means? Neighbours from colder climes may snort at our moderate winters (our cold snaps don’t compare with winter in the mid-west of the USA, or central and eastern Europe), but we’re still pleased enough when winter packs its bags and leaves us – until the next time!

For lovers of gardens and nature now is when the magic really happens as rising temperatures and new life sweep back the grey of winter with shades of yellow, green and blue. Blackthorn blossom in the hedgerows and thickets can be so heavy in some counties that it almost looks like snow. Lambing time fills the fields with a riot of movement and fun – and for the farmers, long days and worry for the well-being of their ‘crop’.

There isn’t anyone who wouldn’t benefit from some green therapy now after months of scurrying from home to car, car to office and back again – or whatever your version is. And if the challenges of your own garden get too much, look up your local National Trust or Royal Horticultural Society gardens. They are sure to have festivities and activities laid on to mark the coming of spring. Garden centres too make great destinations and are sure to have fabulous plant displays on which to feast your eyes and lavish your money.