10 good reasons or more to plant a tree

There is the old saying "The best time to plant a tree is twenty years ago. The second best time is now." So here are some good reasons to act now. 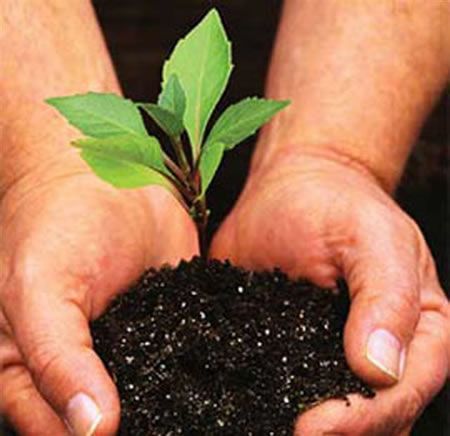 1. Trees produce oxygen: We learn in school that trees are the lungs of the world, how through the process of photosynthesis they produce oxygen. Well a single garden tree will over an average 50-year lifetime, generate almost €25,000 worth of oxygen and will replenish the atmosphere with enough good 02 to support two human beings for a year.

2. Trees act as Carbon sinks: Another Part of the process of photosynthesis is the intake of Co2 to make food. So trees remove excess Co2 from the atmosphere but we don’t need a forest in the backyard to make a contribution. A single garden tree over an average 50-year lifetime or the equivalent of a fast-growing forest tree in a community garden or park, can potentially absorb up to 48 pounds of Co2 over a single year; approximately ten tons per acre of urban wooded park – that is enough to offset the Co2 output produced by driving a car 33796 kilometres. The equatorial circumference of the earth is 40075km. So planting some trees does offset the footprint of the road trip of your life.

3. Trees clean atmospheric pollution: Tree foliage intercepts airborne particulates, from dust to soot and pollen, thus cleaning the physical content of air but further, trees absorb along with carbon dioxide during photosynthesis other atmospheric gases, many the by-products of exhaust fumes and industrial processes. Amongst the atmospheric pollutants that trees absorb are carbon monoxide, sulphur dioxide, and nitrogen dioxide. It is estimated that a single garden tree, over an average 50-year lifetime, can deliver in excess of €48k worth of air pollution control. Different trees perform differently - If you live on a busy road just think that a single Sugar Maple (Acer saccharum) will remove in a single growing season 5200mg lead, 60mg cadmium, 140mg chromium and 820mg nickel from the environment. While our native Whitebeam (Sorbus aria) is one of the best trees at removing harmful particulates from the atmosphere. Poor air quality and in particular particulate content is linked to respiratory disease, cardiovascular disease, neurological side effects and an increase in chemical sensitivity and allergies.

4. Trees are efficient sound barriers: A tall wall or fence often invites negative reactions from neighbours and commercially constructed sound barriers alongside new motorways attract the same criticism from residents : restriction of views, ugly, feeling of confinement, loss of sunlight and lighting, loss of air circulation, etc. Well nature as usual has the solution, barring biophobia, trees and tall shrubs supply more effective boundaries, socially and aesthetically. But do they really work? Some argue that all trees do is introduce a distraction from background noise via rustling foliage and bird song etc that psychologically redirects the brain’s perception so that it appears the noise has been reduced. Well nothing wrong with that!
Others, like myself who work in the field are first hand witnesses to how foliage and branch surfaces physically muffle noise. Sound travels, by its very nature, but nature in the form of trees, by it’s nature can provide absorption and reflection. A hedgerow, if it is high enough and dense enough will suppress traffic noise. Similarly a stand of trees with thick undergrowth will decrease noise levels. It is estimated that 30 meters of dense vegetation can reduce noise by five decibels. It’s a matter of scale. A single tree will play its part with bird song and rustling, a hedgerow or stand will physically dampen.

5. Trees make effective windbreaks: Again here it is scale, a single tree will block and filter/slow wind and wind speed to a degree, a stand or hedgerow increases performance. A shelterbelt can account for up to a 50-percent wind reduction, translating economically as up to a 25-percent reduction in heating consumption. Trees or other living windbreaks will reduce wind speeds for a distance of 30 times the height of the windbreak on the downwind side. The other advantage of living screens is that any wind barrier that permits a percentage of wind penetration is more effective than a solid barrier such as a wall of fence because the ‘let through’ provides a larger area of protection on the leeward side.